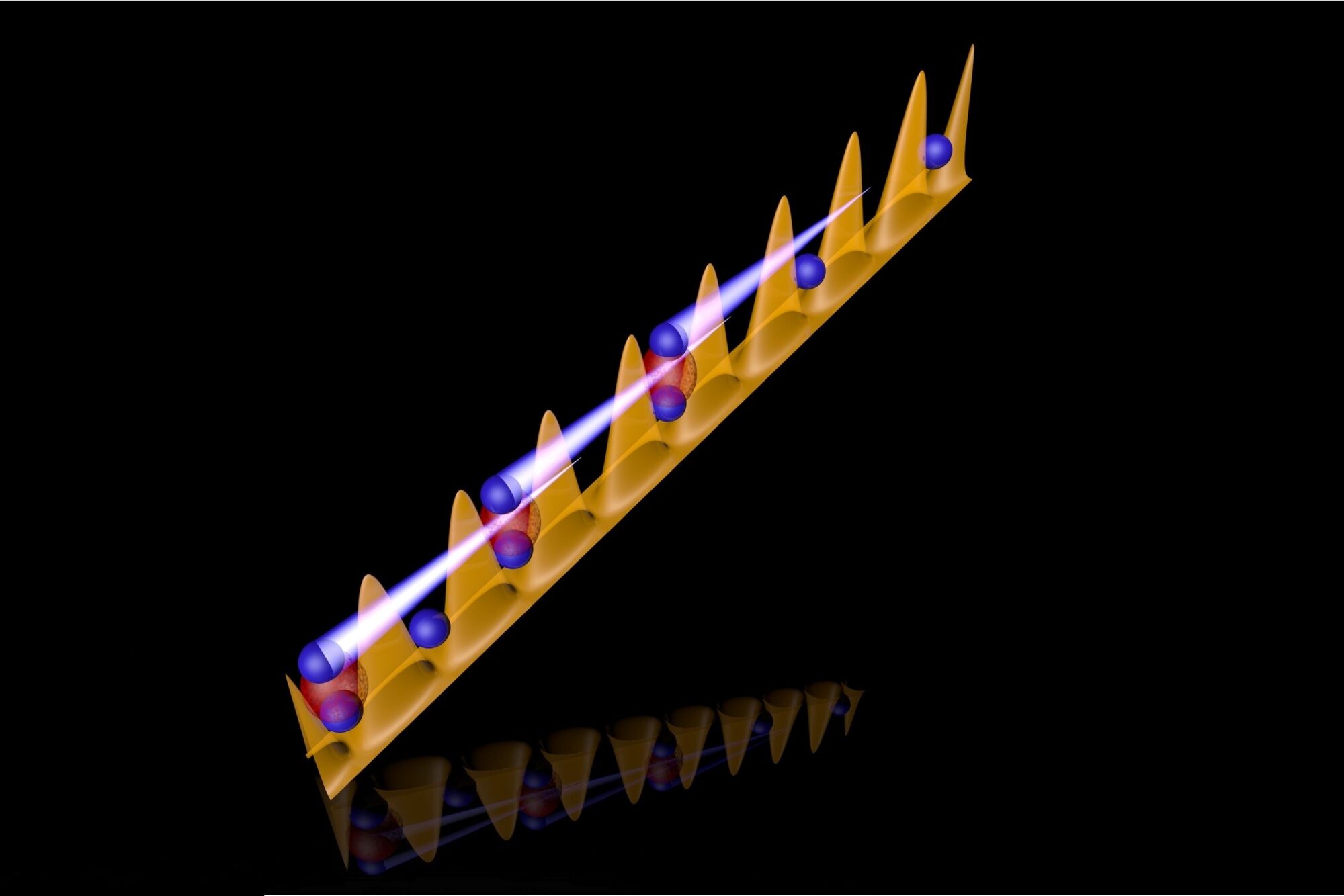 Comment: All Bachelor theses that are offered by the Nägerl group include a significant amount of laboratory work, i.e. the theses offered by the Nägerl group are not “just” literature reading and summarizing. With this, we hope to attract students that favour real laboratory work (also in view of a future experimental master thesis). With a brand new laboratory available from now on, there is plenty of space to “play” and to learn. Ideally, the begin of such thesis work should be early February 2021. We also would like to involve the bachelor thesis students in our group and to have them feel like a group member.

B1. Ultra-stable laser setup for coherent state transfer: An existing laser setup shall be made ready for stimulated Raman adiabatic passage (STIRAP) operation on samples of ultracold K-Cs molecules. The laser needs to be locked to an existing high-finesse cavity. Its output spectrum shall be characterized by e.g. an analysis of the noise on the error signal. If time allows, the laser system will be used to perform spectroscopy on our samples of ultracold molecules. The thesis will be combined with a detailed study of the recent literature, e.g. http://science.sciencemag.org/content/363/6429/853 and further yet unpublished work.

B2. Magneto-optical trapping and low-temperature laser cooling: Our group possesses a comparatively compact magneto-optical trap (MOT) apparatus for demonstration/public outreach purposes to demonstrate laser cooling and ultralow temperatures (see also B3 below) as an important step for the generation of Bose-Einstein condensates (BEC). It presently is located near the entrance to HS C. The apparatus shall be upgraded to allow the demonstration of sub-Doppler laser cooling. For this, dynamical detuning of the cooling laser’s frequency and switching/ramping of the gradient magnetic field need to be implemented. The thesis will include the study of the relevant literature on laser cooling and BEC, see e.g. https://science.sciencemag.org/content/299/5604/232.

B3. External control of the demonstration MOT: For the MOT apparatus for demonstration/public outreach purposes from B2 above, a web/phone interface shall be built and programmed to control the detuning of the laser and the magnetic field and hence the performance of the MOT so that spectators can “play” with the apparatus. The thesis will include the study of the relevant literature on laser cooling, magneto-optical traps, and BEC, see e.g. https://science.sciencemag.org/content/299/5604/232.

B4. Setup of a high-power laser cooling system: An existing cesium Bose-Einstein condensation (BEC) apparatus shall be reactivated and upgraded by a commercial high-power diode laser system. The commercial laser will have to be set up and to be stabilized in frequency. If time permits, the laser system will be used to generate a magneto-optical trap (MOT) and to implement a further, second stage of laser cooling. One future goal of this apparatus will be to implement fast laser cooling of Cs atoms all the way to BEC with minimal use of (slow) evaporative cooling. The thesis will include the study of the relevant literature on laser cooling and high-power semi-conductor lasers and on a recent MIT experiment on laser cooling to BEC with Rb atoms, see https://journals.aps.org/prl/abstract/10.1103/PhysRevLett.122.203202 and https://science.sciencemag.org/content/358/6366/1078.

B5. Setup of a narrow-band repumping laser: For the existing Cs Bose-Einstein condensation (BEC) apparatus from B4 above, a commercial laser that will be used to repump atoms from the lower hyperfine state of Cs will be set up and stabilized in frequency. If time permits, the laser system will be upgraded to allow for repumping and atom polarization in the context of latticed-based sideband cooling. The thesis will include the study of the relevant literature on laser cooling and grating-feedback diode lasers.

B7. Development of an optical diode for intra-cavity use in a homebuilt Ti:Sapphire laser system: For unidirectional lasing in a prototype home-built Ti:Sapphire laser an optical diode needs to be developed. It shall be added to an existing home-built Ti-Sapphire laser. If time permits, the laser shall be locked to the D2 line of Cesium with pre-stabilization on a medium-finesse cavity. The thesis will include a study of the relevant literature on tunable, narrow-band, high-power cw lasers in the nearinfrared spectrum.

B8. Setup of magnetic-field compensation coils for the K-Cs quartz cell apparatus: Precise magnetic- field control is crucial for all ultracold-atom experiments. A coil arrangement for 3D field control shall be implemented together with a current-control unit and the system shall be characterized. The thesis will include a study of the relevant literature on precision magnetic field control, e.g. https://doi.org/10.1063/1.5080093

B9. Realization of a setup for atom-number stabilization: Experiments on atomic quantum matter greatly benefit from stable atom numbers. A significant part of the atom number fluctuations comes from the fluctuations in the initial magneto-optical trap (MOT) that is used for atom loading. A monitoring systems based on a simple photodetector shall be realized to stop atom loading at a specific fluorescence level. The thesis will include the study of the relevant literature on laser cooling and magneto-optical traps.

B10. Setup of an infrared CO2 laser system: An existing high-power (two times 100 Watts) CO2 laser system shall be reactivated and set up for trapping of ultracold atoms and molecules. The laser head’s temperature needs to be stabilized to allow for stable frequency emission. The thesis will include the study of the relevant literature on high-power single-frequency lasers. Further topics that are not so “urgent” or need some prior work to become doable. The status might change, so please ask if you are interested:

B11. Towards imaging of individual atoms in a many-body system: An existing imaging system with high numerical aperture (home-built objective plus sensitive CCD camera) shall be tested and put into operation. The system will be calibrated. In particular, the CCD camera needs to be characterized. Some programming will have to done to read out the CCD camera and to analyse the images. If time allows, the system will be tested on atoms in the Mott-insulating regime. The thesis will include a study of the relevant literature on quantum-gas microscopy.

B12. Setup of a new quantum-gas vacuum chamber: Within this year, we plan to set up two new- generation ultra-high vacuum (UHV) quantum gas apparatuses that are maximally compact and incorporate all our experience with the existing apparatuses in our group. These apparatuses will replace the older-generation setups that we now have in the lab. Quite a lot of designing and engineering will have to be done to set up these apparatuses. The “hearts” of these apparatuses, namely the high-quality quartz cells, already exist. The majority of the work will be to test and assemble vacuum components, commercial and home-built. The thesis will include a comparative study of the various vacuum setups in the literature with their advantages and disadvantages in view of the diverse applications in the field of ultracold quantum gases.